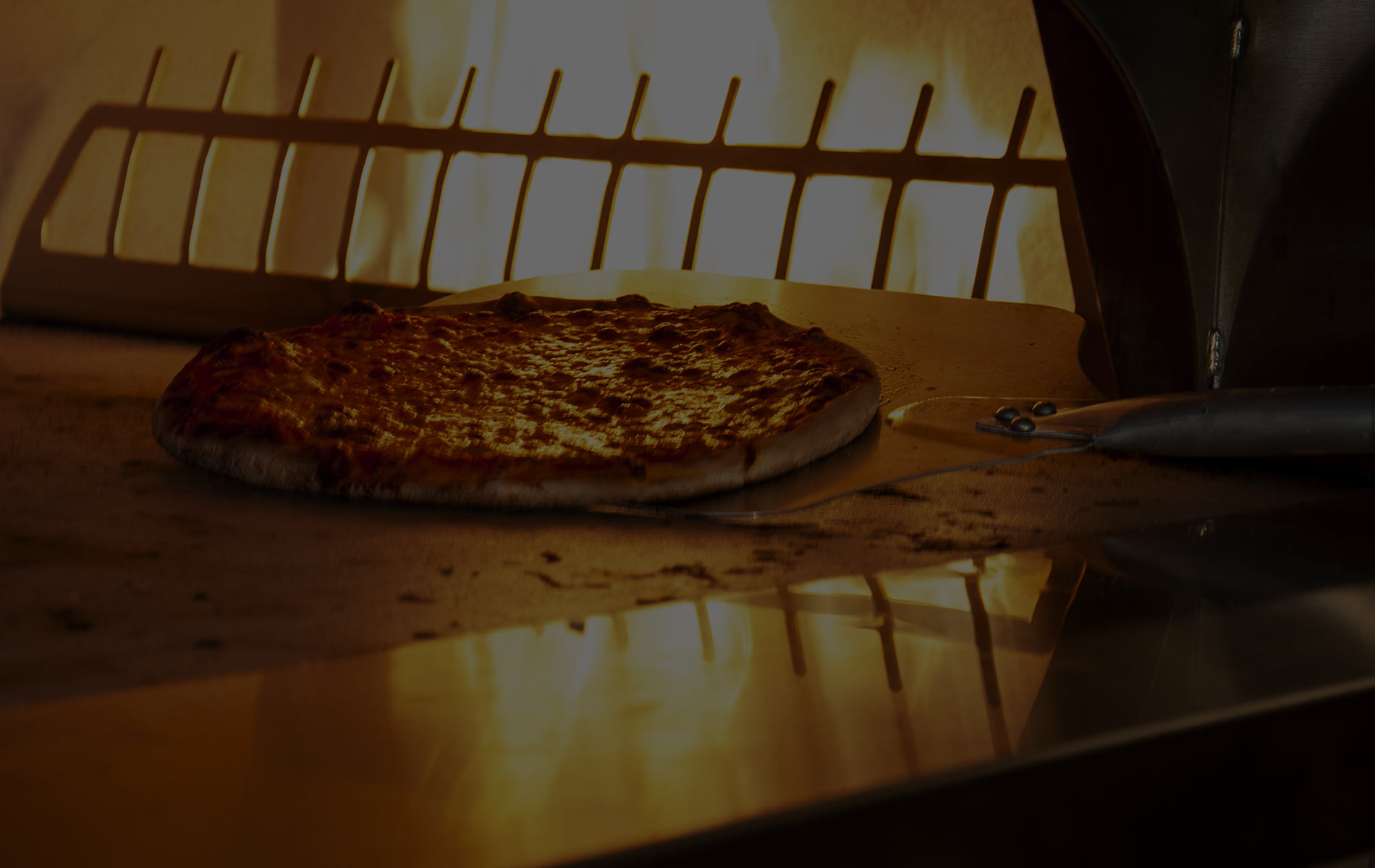 I’ve ordered food to-go several times now. Clearly, this place has made an impression on me which has been worthy of return visits. Their pizza is great! I’ve tried a few kinds and have enjoyed them all, although I’m partial to the “Lil Joey”. I think they must brush some sort of garlic butter on the crust of all the pizzas to give it a really nice flavor. The pasta dishes are equally as delicious. They come as huge portions and are inexpensive. Standard Italian dishes to choose from.

For a long time, I resisted going inside Benevento’s.

It wasn’t for any particular reason, except for the fact that this is the space Trani® Brands In-Ject-ibles® used to occupy. As someone who had stuffed his face with more Walnufs®, Shy Guys®, Bust-Outs®, and other Trani® Brand injectible ice-cream-cum-porno-named delectables, it was tough for me to understand how such an unbelievable concept had failed. And yes: I did consider suicide by Tranoli®. You don’t even want me to get into explaining how.

To cross into the premises of Benevento’s felt like entering the mauseleum of an old, dear friend and ordering a pizza to go. Now that’s just wrong. And cold. And evil. Unless…Unless what?

Unless the pizza totally kicks ass. Which is absolutely does at Benevento’s.

I haven’t ordered anything else at Benevento’s besides Pepperoni Pizza. And why would I? It’s perfect. Crust is perfect. Sauce is perfect. Pepperoni is perfect. I’m sure they do other stuff to this pizza that I can’t possibly comprehend, and that’s all perfect, too. Somehow, the pizza is light but at the same time substantial. It’s the right size too. Not huge, but not too small. It’s almost as though Plato, when he imagined the perfect circle, the perfect square, and the perfect triangle, could have included the Benevento’s pizza in his list of perfect, too.

If you’re really hungry, you could probably house one of these pizzas on your own. But if you’re slightly hungry, and your buddy is slightly hungry, it’s big enough to share. How could the pizza both satisfy one or two people? My conclusion is that somehow, Benevento’s pizzas access the fourth dimension and can simultaneously expand and contract, and may be able to travel through time.

As far as these other Yelpers discussing atmosphere, service, pasta, salad, whatever else, I can’t speak to that. You guys can get into a salad debate, or a fig debate, or a service debate. But what you can’t get into here is a pizza debate.

Because the pizza here is IT. I have to finish this review because I’m flying out tonight on a Hercules C-150 with 20,000 Beneveto’s Pizzas to drop on Iraq, The Occupied Territories, Pakistan, Iran, Afghanistan, Venezuela, and Florida’s Gulf Coast. Expect world peace and harmonic convergence by Saturday morning.

I met up with a friend for dinner this evening. Torn between pizza and really excellent nachos, we decided to go for pizza, and headed in the direction of the North End. It wasn’t too crowded, but not so empty that we felt like we were the only ones there. The service was excellent, and our server was very attentive.

We each ordered a glass of Cavit Riesling. Great choice! I love Riesling, but I’ve found that I like some brands better than others. This one is a keeper. We eyed the tables around us, and saw that the pizzas were on the small side, so we sprang for an appetizer as well. We got the spinach crepes, which were 2 tiny pillows of spinach and ricotta cheese. They looked tiny, but they were so full of flavor, that one piece each was plenty!

For our pizza, we got the Victoria (Shrimp Scampi pizza) It was probably about a 12” pie, so we each got 4 slices.

At the end of the night, we paid $24 each, which I thought was a really good deal. I think I’ve found a new favorite North End restaurant! -Amanda F.

I have no idea where Michael M. ate, but maybe he and his family hit the bottle before going out to eat and stumbled into another restaurant.

.I have been to Benevento’s about 6-7 times now and consistantly great. I tried this place because I was a fan on Al Dente next door and wanted to try the pizza.. unbelievable!!..5 cheese, Pulled Pork,Margarita,cheese,pepperoni..all great. Had the chicken Marsala with fresh pasta,,awesome! Unreal meatballs in gravy,,! just like my 90 year old neighbor! try this place out,you will not be dissappointed.

I drink a lot and I love pizza. Both will probably be with me until the day I die. So when I hopped into Benevento’s on a hot Thursday afternoon I was looking for two things to cure my hangover. Can you guess what I got? You got it! Pizza and beer! Well not only beer…

I got the BBQ Pulled Pork pizza which was delicious and cooked about 6 feet to my right in an open kitchen (which I love). It was just the right size for me and a friend of mine. Since I was paying, I ate most of it. Rock! My friend and I then started coming up with different types of drinks the bartender (Courtney) could make us and she pleasantly agreed to take on this ridiculous task. About two hours later we are taking Nickelodeon Slime Buckets and Cash for Gold shots (all original recipes) and sipping on delicious drinks the bartender came up with. Courtney was pretty, nice and layed back. Everything you want in a bartender. Did I mention they have PBR…

If I had to come up with one thing I didn’t like about the place is they do not have draught beer. I love beer and I like it cold pouring out of a shiny brass tap. But this is a restaurant so I can’t really complain. All in all it was a great experience so go try it for yourself.

I took my sister and brother-in-law here after our reservation at Al Dente was given away. We were only planning on getting a drink and waiting for a table next door but decided to eat eventually. Probably best decision of the night. We didn’t get pizza but instead got their homemade potato gnocchi and lobster ravioli. It was the best meal I’ve had in a while. I think the only draw back was our table in the restaurant, it was in the back by the kitchen. Also their antipasto was more lettuce than anything else, consisting of two slices of salami and prosciutto. But with a $40 bottle of wine, the three of us ate for a total bill of $105 which isn’t bad for the North End. They even comped homemade Lemoncello shots since it was their honeymoon. I would definitely go back.

Absolutely phenomenal. We went the week they opened which was terrific, then again last night If such a thing is possible, they’ve gotten even better since they opened.. Last night we had the calamari appetizer, which came in a wonderful light red sauce, and split a prosciutto pizza and an order of linguine with white clams sauce. The pizza was out of this world, and the linguine and clams was light and delicious, with real clams in the shell in it. Servers were very attentive too. Outstanding! We will definitely be back! -Bella F.